Add Picture to Documents and Media Library in Liferay Seven


EUMOFA Use cases provide concrete examples of some applications of EUMOFA data. They aim to highlight the added value deriving from the use of figures available in EUMOFA for analysing markets dynamic, supporting decision- and policy-making. The second Use case concerns the use of EUMOFA data and information by Centre for the Promotion of Imports from developing countries (CBI). 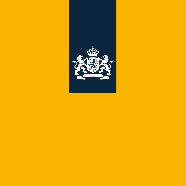 Centre for the Promotion of Imports from developing countries, (CBI) is part of the Netherlands Enterprise Agency and funded by the Dutch Ministry of Foreign Affairs. CBI strengthens the sustainability of SMEs in developing countries. It encourages exports of value-added products to Europe and to local regions. In the 50 years of its existence, it has worked with over 10.000 Small and Medium Enterprises from 70 countries to build sustainable trade relationships with European and regional buyers. In a broader perspective, CBI’s mission is to foster inclusive and sustainable economies with decent jobs in particular for women and young people. For (aspiring) exporting SMEs, CBI offers business export coaching and provides market information on potential export sectors in Europe, including fish and seafood. CBI, a Dutch trade promotion body, uses EUMOFA figures to analyse EU markets for the benefit of fish and seafood exporters in developing countries.

Drawing from ”The EU Fish Market 2020” study from the European Market Observatory for Fisheries and Aquaculture Products (EUMOFA), CBI found that over two thirds, or 9,500m tonnes, of the EU’s total supply of fish is imported. Of this, whitefish species including cod, Alaska pollock, hake, and saithe constitute about a third of the imports. Wild-caught whitefish species dominate imports, but farmed whitefish species such as pangasius also have a presence on the market. Pangasius is a generic name for members of the Pangasiidae family, which consists of 21 different catfish species of which Pangasianodon hypophthalmus is the most popular in the EU. Buyers import the fish overwhelmingly from Vietnam with marginal quantities sourced from Indonesia, Russia, and Bangladesh, according to a report from CBI.

The market intelligence studies created by CBI provide traders in third countries with a good understanding of the European market. The studies use EUMOFA's apparent consumption data to analyse the trade within Europe and to map markets with the greatest potential. In addition, import data from EUMOFA is used to show market dynamics, so to understand the current and new trends in the European seafood sector. CBI highlights that among the advantages offered by EUMOFA data is that it is supplied by official data-gathering bodies in EU countries, and that data are harmonized into over 100 main commercial species and 12 commodity groups.

For CBI, a critical factor is that the EUMOFA data is harmonised making it possible to compare apparent consumption in regions and countries. In addition, up-to-date information on specific imports can be used to understand and present, when necessary, the latest dynamics on the market. To use benefits of EUMOFA, CBI developed several reports to identify market potential for specific species, and it typically looks at EUMOFA data on apparent consumption per capita and on trends in species consumption to identify the potential of specific species from developing countries on the European fish and seafood market. The fact that the data is available in all 24 EU languages and is free to download makes it a valuable resource not only for countries in the EU but also for third -country exporters looking for insights into the EU market. 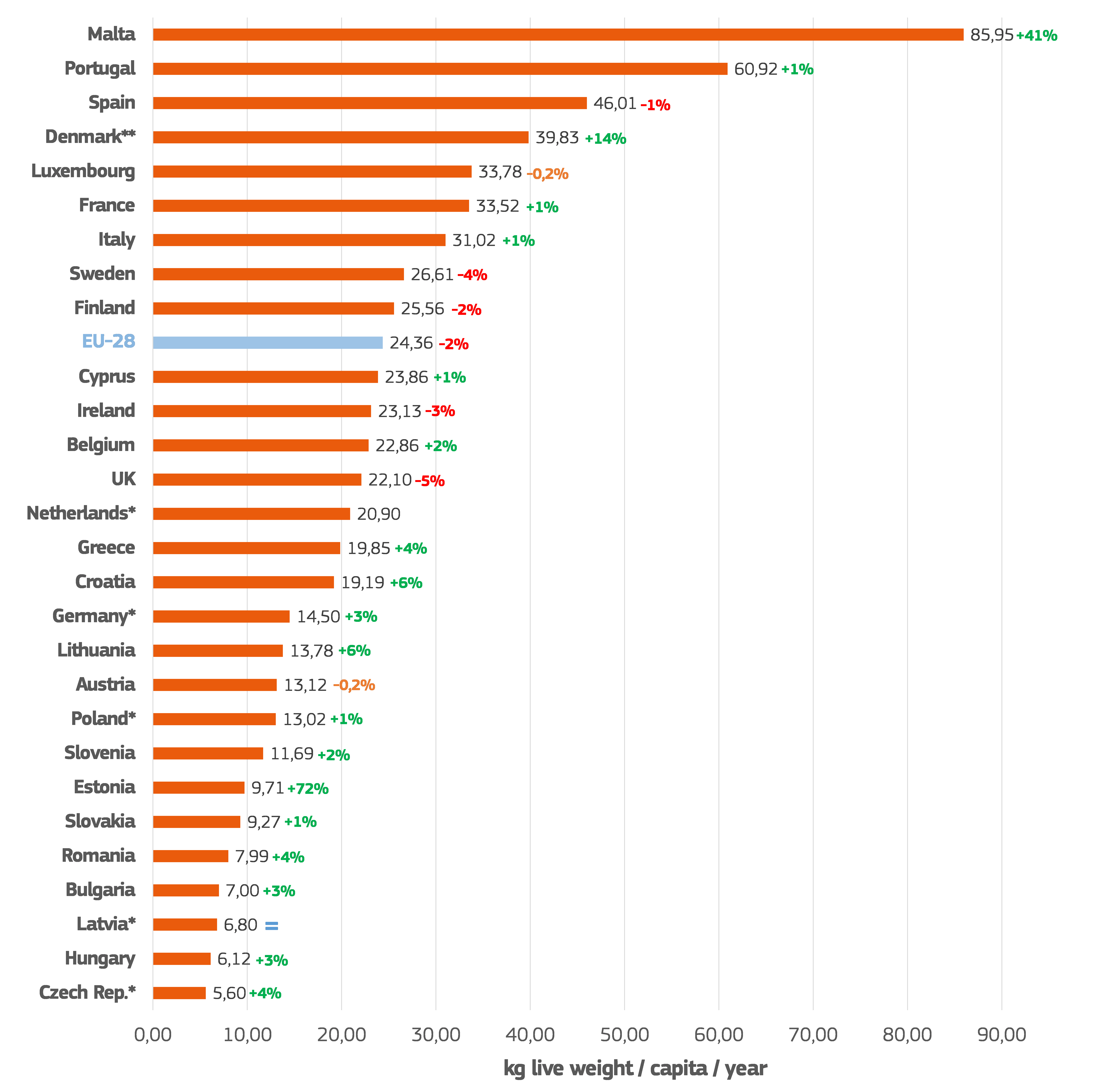 *Data are provided by the following National sources: BMEL-Statistik (Germany), CZSO Czech Statistical Office (Czech Republic), Centrālā statistikas pārvalde (Latvia), Dutch Fish Marketing Board (Netherlands) and Statistics Poland (Poland). For the Netherlands, the National source has not developed estimates for 2017; however, based on dead weight figures, there was a decrease by 1-3%.
**Estimates for Denmark were not confirmed by the National contact point.

CBI complements its analyses with EUMOFA reports that are regularly produced. Those EUMOFA reports include series of regular publications on the price structure in EU supply chain used for development of analyses on the market in a single country, or the market for a particular species.
CBI also uses monthly reports “Monthly Highlights” and an annual report EU Fish Market that review the EU fish market at all supply chain stages. Both products bring a structural analysis of the whole European fisheries and aquaculture industry. These analyses are available in multiple European languages.

See all Use cases

Poland data from May 2021 on are temporarily unavailable